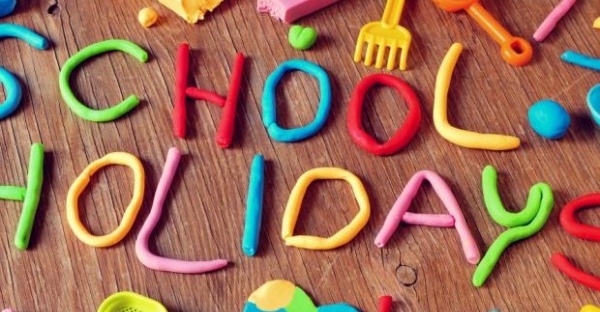 Wishing you all a wonderful summer – we look forward to welcoming you back on 31st August!

Mindful Movement by Maura Broaders
We were very lucky to acquire the services of Mrs. Broaders once again for Mindful Movement. The children really enjoy these sessions and the teachers can see the difference in their ability to work and concentrate afterwards. They feel that this will help to build positive mental health, improve self-esteem and reduce anxiety
levels in the children.

We really like this little BBC video where kids explain what mindfulness is and what it means to them:

Lessons with Ashley and some children discovered a new sport to excel at and enjoy!

Congratulations to our team of Anna Delahunt, Hope Downey, Éabha Siún Fleming, Steven Gormley, Jessica Healy, Conn Keaney, Alex Mills, Lauren Ryan and Michael Sellers. This was a fantastic achievement and we are all so proud of you.

They also entered the local school’s tennis league and Ashford won that. Thank you to the coordinators and drivers. 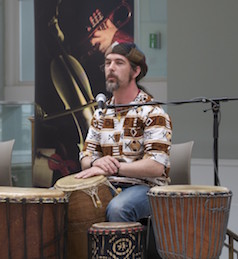 Sixth class had experienced his wonderful ‘Jabba Jabba Jemba‘ workshop at the Young Scientist’s and we were delighted when he travelled with all his instruments to spend the day with us. David has studied African and World Drumming for years in Europe, U.S., Senegal, Gambia, Guinea and Ghana. He shared his knowledge with us through the drum workshop and percussion class for all rooms. We had a memorable noisy day!

Accord Dublin Schools Programme
Accord visited the School on Wednesday May 24th and gave a follow up talk on growing up to 6th class.

Mrs. O’Doherty and Ms. Ruane along with the choir sang beautifully on the day. All the children and parents enjoyed refreshments organised by the Parents Association at the school afterwards. 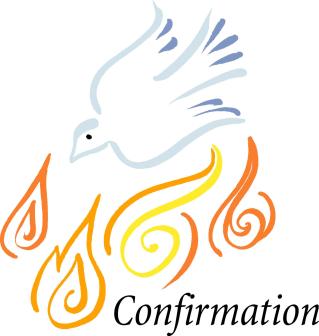 Fifth and sixth classes had their Service of Light on May 10 th at 7.30pm in the Church. This was a beautiful part of their Confirmation programme where parents hand on the light of our faith to their children.

Our sincerest thanks to Fr. Scully for his weekly visits to our Confirmation class. We all enjoyed his visits.

A big thank you to Fr. Roche for celebrating our Confirmation Mass and for organising the robes. A huge thank you to the parents who provided and served refreshments on the day.

Kilmacurragh Outing
On Friday May 26th Mrs. O’Doherty’s class together with Ms. Walsh’s class went on a day trip to Kilmacurragh.

Special guests on the day were the junior infant children’s teddy bears who enjoyed a little picnic on the lawn.

We had a buddy system in operation on the day which was fantastic. The fourth and fifth class were really kind and enjoyed exploring with the younger children and the infants loved mixing with the older group too.

They climbed, explored, observed the wonderful trees and plants from around the world, and then climbed and ran some more. We played parachute games and also had some novelty races before we got the bus home.

A huge thank you to Mandie Delahunt who drove on the day and who helped enormously. The sun shone from start to finish and some wonderful memories were made by all.

Soccer Coaching
For the month of June, Liam Scales came once a week for soccer coaching. Passing, dribbling and shooting skills were developed. New games were learned, a favourite was “King of the Ring”.

Second – Sixth Class Annual School Tours
Second to sixth class went to Dublin this year to Viking Splash and Croke Park. We had great fun on the DUKWs and it was fantastic to see inside Croke Park. A great day was had by all!

Infants & 1st Class Annual School Tour
This year our annual school tour took us to the Zoo. We had many helpers on the day, which made it a very safe and enjoyable day. The sun shone and even the animals were basking in the heat. It was a long day and lots of playground stops were needed for rest. The children were wonderful and kept going even when legs got tired. A special thanks to Mandie for driving on the day, and thanks to Angie, Chris, Oonagh, Emma, Orla, & Alison for looking after the children in their groups. 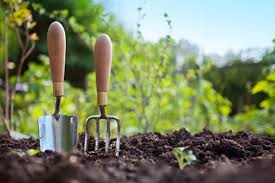 We were lucky again with our weather for Garden Open Day on June 14th . Wendy Nairn did great work with the children throughout the year and it was lovely for the parents to see this. Sixth class helped with the stalls and all children took turns at visiting the garden and bagging some bargains!

Thanks to everyone who helped with teas, baked and donated goods of all kinds. Thanks to all parents who came in to help Wendy with the garden since Easter.

A total of €780 was made on Garden Open Day. This will go towards maintenance of the garden and purchasing items for it for next year. Thank you everybody!

On Friday 23rd June a yellow snake proceeded out the school gate and up to Potters Point. Children from Junior Infants to Third class went on a trip to the beach. They dug for Australia and ferried buckets of water back and forth across the rocks! It wasn’t the warmest of days out but that didn’t dampen the children’s spirits.

Thank you to Anna Rangitaawa for allowing us access through Potters Point. Thanks also to Mandie and Chris and to all our past pupils who helped on the day, Mikey, Dylan, Aaron, Niall, Iona, Ella, Isabella and Beth. 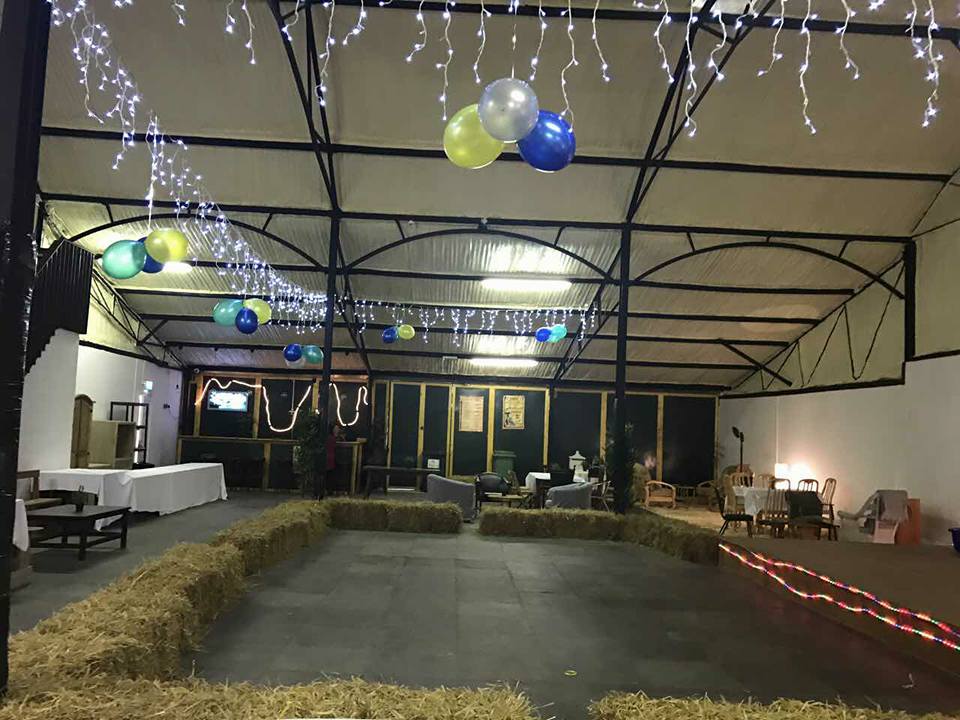 A Barn Dance “Stetsons &amp; Stilettos” was held on Friday night 23rd June at Rathmore Farm in Ashford. It was a huge success. Thanks to Liz Delahunt for spear heading the event. Also many thanks to parents, teachers, school staff and Caroline Higgins on the organising committee. Many others gave their support by selling tickets, lobbying for raffle and auction prizes. It was a great school community event and we hope to run it again next year and build on it. There was food, fun, music, line dancing, past and present parents and friends of the school coming together for a chat and a drink. It was great to see past pupils there, some of whom have children at the school and others came along to support the school. There was a raffle, auction and spot prizes.

Gina also donated a beautiful framed “Coins of Ireland” collection to the school on the night. It shows Irish coins issued into regular circulation in Ireland 1928 – 2001. 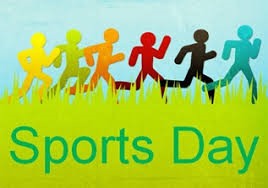 Our annual sports day was on June 28th . The children participated in different activities during the day. These included Unihoc, Novelty Races, Tag Rugby, Co-operative/Team games, Soccer, Drumming, Obstacle Course and indoor games and activities. The day began dry but cool and the first three sessions were completed before break.

Unfortunately the rain began and the middle three sessions were completed in the rain.

After second beak most activities continued inside, but the older children braved the rain and continued with soccer outside. Thanks to all our helpers on the day, our past pupils, Sinéad, Ciara, Laura, Róisin and Marguerite and Andrew and Joshua from Gaelcholáiste. They all worked hard to keep everything running smoothly, even with the move to indoor activities. Thanks to Mandie Delahunt for all her help and baking.

Most importantly of all thanks to all the children for entering into the spirit of the day and participating with enthusiasm and good humour in spite of the weather!

Paddy Griffin from Southern Photography took photographs on May 30th . He gave a donation of €120 to the school, after completing orders.

The Pure Mile 2017 covered the Mile from the Old Coastguard Station, past McDaniel’s Pub to just past the school.

The children in fourth and fifth class did projects on various themes along the mile, our school, the Church, Jack White the smuggler, the old Coastguard Station, the flora and fauna of the mile.

On Thursday 29th June, the children presented their projects to the Pure Mile Judges and parents.

Congratulations to sixth class who came 1st in the Arklow Tidy Towns Spot the Wildlife Competition in June.

Since February, on the first Friday of each month, we have had Sausage Friday. This has proven to be very popular with the children. Funds raised, €903.60, will go towards the further development of the outdoor play areas. First on our list is cargo netting, safety matting and 1- 2 telegraph-type poles.

Thanks to all parents for your ongoing support and a special thank you to Chris Doyle, Louise McCall, Liz Pennell, Liz Phelan, Mandie Delahunt, Sinead Downey and Rebecca Pallas for cooking and serving up a treat each month.

There are a number of coats/hoodies left in school again this year. If these are not claimed by the 8th September they will be brought to a Charity Shop.

All parents volunteering to help at school must be Garda vetted. Forms can be collected from the office. When the form is completed, return to the office with copies of 2 forms of identification, which will be held in the office.

This form is then sent to the Archdiocese of Dublin, Child Safeguarding and Protection Service. Following that you will receive an email looking for further information. Anyone going through this process must check their emails regularly as you only have a limited time to respond to the email. Failure to provide further information will result in the process beginning all over again, which has happened a few times this year if the email expires. It is the responsibility of the person applying to do this and not the school.
This has happened a few times this year, when emails were not followed up on by parents and the process has to start all over again.

Book lists (also posted on this website) and reports were posted out along with the room number for next year. Teachers being assigned to classes will be named in September when staff has been finalised.

Thank you to all parents who helped in the school over the year and to those who
accompanied the teachers with the children on the various trips. Your time and co-
operation is much appreciated.

View all posts by brittasbayschool