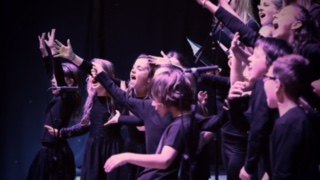 Under the name “Daydreamers” our school choir is currently involved in a project performing the music of singer-songwriter Mic Christopher, to mark his 15 year anniversary.

With concerts in the National Concert Hall and the Unitarian Church, St. Stephen’s Green already under their belt, the choir will be performing at the “Hey Troubadour ” event in Dublin on sat 15th September along with artists such as David Kitt, Glen Hansard and Hot House Flowers, to name a few.

This event will followed by a performance on Sep 22nd as part of Culture Night in Dublin, and another National Concert Hall appearance on Nov 22nd.

As part of the Culture Night publicity, the choir will feature on RTE junior and on national radio so keep your eyes and ears open for them on a media device near you soon!

View all posts by brittasbayschool